Creative Together – by Shannon Lewitsky for the BIA 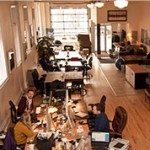 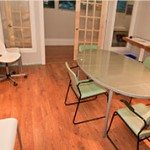 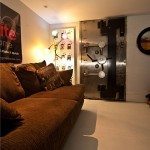 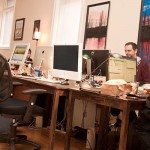 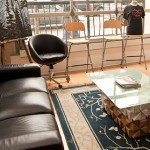 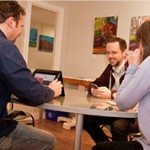 Truly compassionate people with a genuinely noble cause are few and far between these days. That is why The Creative Space’s Chad Ballantyne is such an upstanding member of the Barrie community. When you first meet Chad you’re captivated with this overwhelming feeling of sincere honesty and benevolence for the community as a whole and his deep concern for the future of young minds. He has a passion and devotion to working together with other like-minded personalities, collaborating to grow as an individual, as a company, and as a community.

“They strive to give back to their community of young, talented, creative individuals.”
Chad is the founder and owner of Rhubarb Media; a small marketing company derived from his own creative ambitions and desire to help other companies grow. He is a community activist, bettering not only the creative minds, but also the expressive ones, with art projects, life encouragement, and entrepreneurial partnerships. The idea behind The Creative Space came to be as a solution to an existing problem. Chad & Rhubarb Media rented space in Downtown Barrie that was large and open, allowing for inner collaboration. When the other company had to leave the space, Rhubarb Media found themselves stuck with this huge office that they neither needed nor could they afford. Not ready to give up the space that they loved, the team decided to invite in freelancers to rent out space within their space. It became instantly apparent that sharing their space with other like-minded individuals was fulfilling on both a work and a personal level. The idea of co-working came about – working as a collective to help each company grow proved to be an excellent and efficient use of everyone’s time and talent.

Since then, The Creative Space has expanded and become more robust with up to 37 member companies. Although they are a for-profit organization, they operate as a social enterprise given back to the community at all turns with membership fees being applied to the cost of the space. They strive to give back to their community of young, talented, creative individuals. Most of the companies are small one to three member outfits, all of whom tend to have experienced growth after joining the space and collaborating with others. The Creative Space is run on the concept of coworking to help develop and grow digital economies and supporting professionals and creative minds. Chad is a huge supporter of Barrie’s Downtown revitalization and strives to help his local community by buying and promoting locally.

The Creative Space’s dedication to reconnecting people to communicate and work face to face, utilizing our minds instead of our computers, is truly an awe inspiring practice. They down play the need for competition and encourage individuals to share ideas and offer positive, constructive, criticism. As Chad puts it “do what you do best and insource the rest”. He calls it “insourcing” as most of the work goes to coworkers in the space. The Creative Space puts a premium on the local community, uplifting it as a whole not just professionally, but socially and culturally. The walls within the space are lined with art from local artists, and they host events, concerts, and film festivals to support the local talent. They are trying to be very involved with the schools in the area, offering workshops for grades 8-12 called Spark that speak to topics like fear and failure of overcoming barriers – soon to be offering coding classes for kids, 3D printing workshops, Midi and music, and open coffee clubs for entrepreneurs encouraging discussions. One program they are particular excited for and proud of is their TREP program. This program gives companies an opportunity to sponsor a desk space for young professionals, like those in the entrepreneur program at Georgian College. Their sponsored desk allows them to work on projects they might have while giving them a chance to collaborate with people in the business world. All that is required of the student is that during their time at The Creative Space they are to tweet, post, blog, and shout out daily to the company who sponsored them. This is a great opportunity to get involved in shaping our youth while also generating some social promotion and good will for your company.

It should come as no surprise that Chad has a close connection with the Church, growing up as a son and grandson of a pastor. It’s in his DNA to be a strong advocate of community collaboration and youth education and betterment. Chad went into youth ministry when he was younger, which gave him the opportunity to be creative making posters and organizing events. Later, his job was centered around creative communications for the church, where he oversaw the arts programs and worked with developing the minds of youth and adults. He is still very involved with his Church. Recently, he decided to branch out and create Pastor Pixel, a Church marketing company where Chad can encourage and help churches market themselves more professionally. (www.pastorpixel.com)

Chad’s wisdom comes from his life experience, and his constant interaction with others. He learns from his surroundings, being exposed each day to something new that allows him to progress as an individual, advance his company, help youth move forward, and ultimately create a community where everyone coexists – feeding off of one another’s energy, intelligence and creativity. The Creative Space offers numerous opportunities to get involved and support the growth and development of the community around you. Their current Indiegogo campaign is about halfway through and could use the support of the community. Chad is always willing to discuss his vision for a better future, and by sitting down with him you quickly sense his undeniable passion! 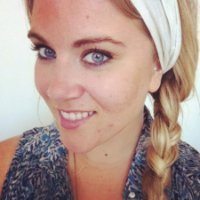